The Coronavirus and its Impact on the World Economy 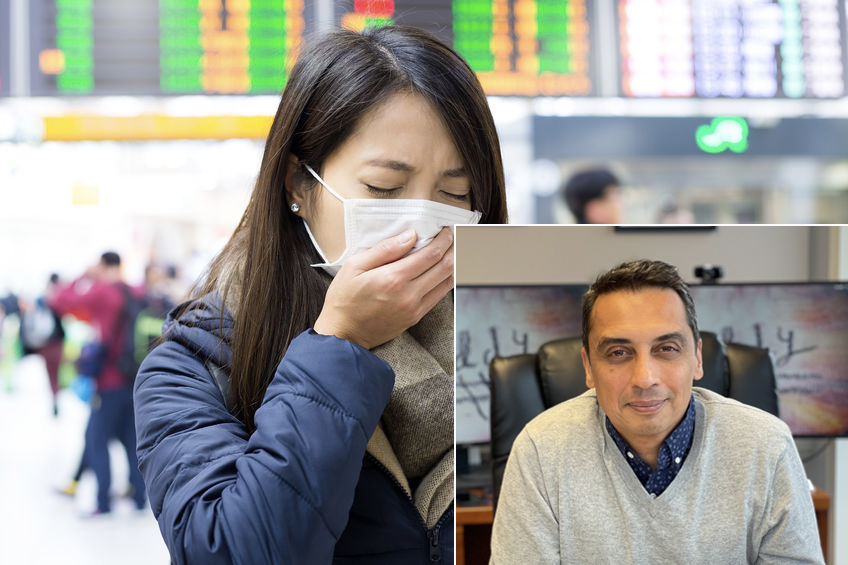 Since the explosion of news about the outbreak of the coronavirus, there has been confusion over how to respond and on what will happen to the world economy as a result. It’s safe to say the virus won’t help the already slowing world markets, which could lead us further into slowing growth and eventually into a downturn, perhaps sooner than we previously thought.

But for now, we can only speculate and keep watch on the world economy as the effects of the virus outbreak cause interruptions to plans as usual.

What is the coronavirus?

According to the World Health Organization, coronaviruses are a family of viruses that cause illnesses ranging from the common cold to severe respiratory failure depending on the cited case. A “novel” coronavirus, such as the one being reported on now, is a new strain that hasn’t been seen in humans before. The symptoms of this virus are flu-like.

Virus scares like this one aren’t uncommon and have many historical examples to look to for guidance. An older case was the Spanish flu of 1918, and a more recent one that gained mainstream notoriety was the Swine flu of 2009, a strain originally identified during the spread of the Spanish flu.

So then, what impact is this coronavirus having on the world economy?

When an outbreak like this occurs, a hit to travel worldwide happens as fear about contracting the illness becomes strong enough to instill caution. Neighbors to China, like Hong Kong and Macau, have been considering closing their borders to the mainland. Hong Kong has already closed most of its crossings. The U.S. and Europe have blocked travel from China and strongly advised citizens against traveling there. Various airlines in the U.S. have cancelled flights to and from China, in some cases until early spring.

As of writing, the virus’s death toll in China is over 300 with far more infected. The virus gained notoriety just as China entered its Lunar New Year celebrations, which usually draws in lucrative tourism. Because of the timing, tourism has dropped, and those industries are seeing a large hit anywhere within enough range of the affected areas to worry potential tourists.

Hong Kong’s infected number is nearing 20. The city is just beginning to see deaths from the virus, which isn’t a good sign for several reasons. Paired with their first annual recession in a decade, the health of their economy could plummet further. Paul Chan, Hong Kong’s Financial Secretary, says he expects the epidemic to further contract their economy.

Tourism in Hong Kong has suffered enough that it contributed to a drop in GDP: it shrank 2.9% from the year before in the final quarter of 2019.  But beside tourism is Hong Kong’s dependence on the mainland: With growth already slowing there, the virus outbreak stalled developments further.

European governments are, to varying degrees, blocking visitors from China to prevent the outbreak from spreading. Their caution isn’t as severe as what is present in the U.S., which we’ll get to in a moment, but they are going to suffer the consequences of reduced trade from China in economies that aren’t insulated from global risk like Germany. Countries like Italy, which we’ve discussed in previous blogs regarding this context, will most likely see less of the impact on the global economy from the virus because they have a more service-based, locally focused economy.

The U.S., like Europe, is strongly discouraging travel to China while the virus is deemed a threat despite the World Health Organization’s advice that there is no reason to limit travel and trade in response. China saw the U.S. decision as a sign of ill will amidst the recent trade agreement. That could strain further trade talks going forward and further split markets, as we’ve written about in a previous blog.

Just last month, Trump and China’s Vice Premier, Liu He, signed a deal that would have China increase its purchase of goods and services in the U.S. by $200 billion within two years. That goal is going to be more difficult for China to meet as quarantines cause productivity to drop, delaying the flow of capital into the U.S. agriculture, manufacturing, energy and tech industries that were meant to benefit.

White House National Economic Council Director Larry Kudlow said February 4th that he expected the coronavirus situation to delay the benefits of the China trade deal. But it’s also been posited that a surge of buying by China could make up for the interruption.

Kudlow doesn’t expect the effects to be long-term. He expects demand for equipment and the need to fill inventory to help the Chinese economy pick up where it left off before the virus.