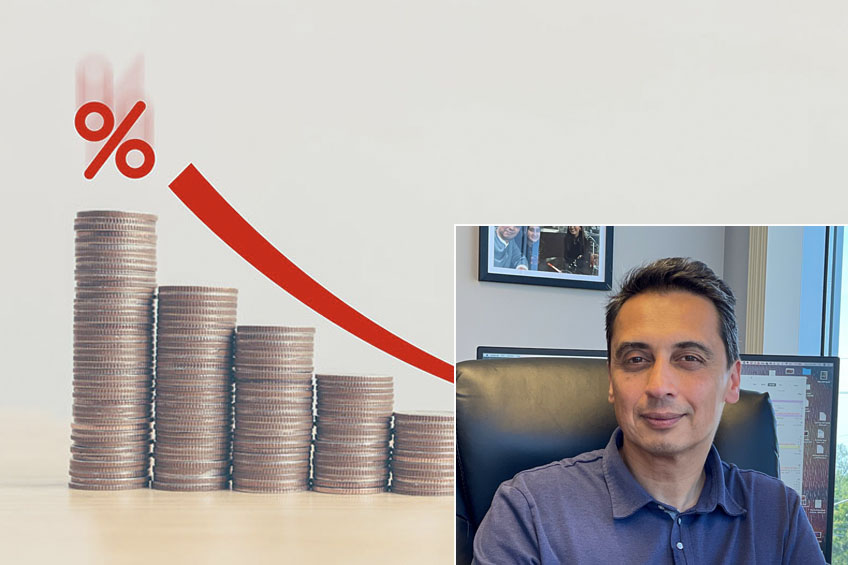 The Wall Street Journal reported in December that Sweden’s Riksbank, its central bank, one of the first to use negative interest rates, also became one of the first to end the policy. They did so because inflation was expected to rise to its target of 2% in the coming years. In addition, policy makers were afraid that banks could begin charging for deposits, causing a migration towards cash, and that households were taking on too much debt.

Despite the Riksbank raising rates to zero from minus 0.25%, they’re signaling caution in raising them further. Negative rates stimulated the economy but created higher household debt and weakened Sweden’s currency.

The Riksbank has an inflation target that its policy is catering to, just like the United States’ Federal Reserve. A healthy level of inflation is necessary to keep an economy growing, and the level targeted by both central banks is 2%. When borrowing is high because of low interest rates, inflation increases.

Negative rates mean that borrowers are outright paid. Money must move, as any sitting currency will lose value, and the weakening currency means foreign investors will become attracted to the market.

In the United States, the Fed has distantly discussed the idea of negative rates but has never put any policy into effect. There’s been more talk of it now with the dropping of interest rates, which has some Fed members worried about that zero mark. That’s why the cuts came as such a surprise: The Fed isn’t silent about its anxiety regarding its proximity to zero in its current range of interest rates, and based on surveys, they don’t appear to want to cut the rate any further. It doesn’t look like they’ll change their stance in 2020 either.

A big part of that is the current state of the U.S. economy, which is still proving to be very strong. Growth has seen weakness, but it hasn’t stopped, and the recent global manufacturing slowdown and the economy’s response to it showed a healthy level of diversification.

Sweden’s Riksbank set its key policy rate below zero in 2015. Negative rates are historically employed as a temporary measure, and economies spectating Sweden didn’t expect the implementation to be long-lasting. But it did prove to be a good case study in the effects of the policy, which showed effectiveness in stimulating an economy that, as a result, rose above its neighbors in the Eurozone.

The value of currency has been a topic on the minds not just of economists, but now a much broader audience as the President of the United States started including it in his rhetoric during his presidency.

As I said, there are many benefits to the economy when a currency is weakening. There’s interest in the U.S. in weakening the dollar to encourage more foreign investment. But in an economy that leans so heavily on imports, would a weak dollar make costs too high for the consumer? As of writing this article consumers in the U.S. haven’t altered their spending habits dramatically due to economic woes, keeping the economy on the lengthy upward trend it’s been enjoying for over a decade.

I’ve talked about the aging population in a few of my other blogs. As the population ages, saving increases, which slows down the economy because less spending is occurring, and monetary policy must change as a result.

Long story short, the population in most of the developed world is trending grayer. That’s likely to increase the need for monetary policy that encourages spending, or at least convince the Fed to see things that way.

This could also be the beginning of a shift into long-term slower growth: is our target of 2% inflation feasible anymore? With fewer births and more industry accommodating those demographic shifts, should our expectations about growth be changing?