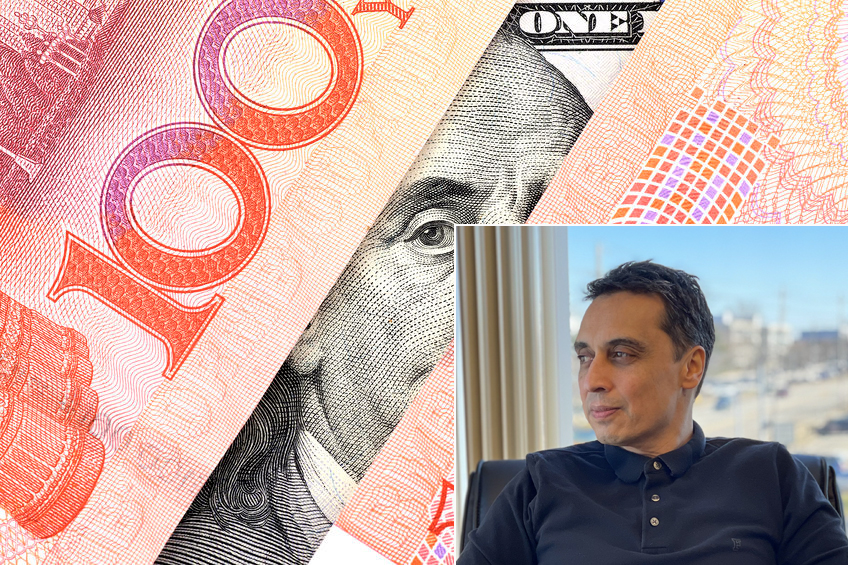 The world economy has always placed the dollar at the top of the currency pile. But because of China’s positive response to the global pandemic and the pandemic’s subsequent hit on the world financial markets, the yuan is rapidly gaining ground. “We are extremely bullish on emerging markets, which is fundamentally based on the view the Chinese economy will be strong in 2021 and that China has done a great job dealing with the virus,” John Malloy portfolio manager and co-head of the emerging and frontier market team at RWC partners said.

The hegemony of the United States, the dominance of a single state over the international monetary system, is currently under fire. But with the changing of the guard in the American presidency this week, the game could transform significantly. Time will tell if the dollar will maintain its King of the Mountain status when all is said and done.

Currently, the US dollar is worth 6.47 renminbi, and only 60% of the world’s currency reserves are denominated in dollars. Gone are the days of the immediate “dollar smile,” where the dollar was the first-choice investors gravitated towards in a time of crisis and served as the worldwide catalyst for growth. The yuan is gaining ground, as China has worked hard to keep it safe from the pandemic.

The numbers bear this out. According to a recent Bloomberg article, investors pumped 135 billion in Chinese bonds in the last 12 months and spent 155 billion on equities, as well. Their 10-year bonds yield over 3 percent, and this is great because assets in other places are so negative.

Marc Chandler, the chief market strategist at Bannockburn Global Forex, said, “The center of the world’s economy is shifting from the Northern Atlantic, where it’s been for 500 years, to the Pacific. The currency markets are going to reflect this.”

The economic future is looking good for China, especially as compared to America. The New York times reported that American output is expected to rise 3.9% in 2021, but China is set to experience over 8% growth during that same period.

Why is China pulling ahead? Clearly their response to the pandemic was faster and more wide sweeping, which allowed them to get back to work more quickly. And with people around the globe stuck at home, China’s manufacturing prowess pays off. People are buying computers, phones, fancy gadgets, and technology instead of taking vacations. According to the New York Times, China accounted for 14.3 percent of the world exports as of September 2020. They are also offering higher interest rates while other countries cannot.

“This is definitely a window of opportunity for China to push forward to internationalize its renminbi,” said Becky Liu, head of China macro strategy at Standard Chartered Bank. But the question remains, will the forward momentum last?

Looking Ahead to the Biden Presidency

The game is not over yet, and with Joe Biden being inaugurated on January 20, 2021, the economic relationship between China and the United States could transform dramatically. President Donald Trump began a trade war, but the pandemic changed everything. At the pinnacle of the trade war, Beijing allowed the renminbi to weaken, which angered Trump, who claimed China was manipulating the currency.

China has always kept a powerful arm on their currency. Officials prefer a sluggish currency to support manufacturers, and China is trying to slow the ascent of the yuan, in order to make it cheaper for traders to wager against the currency. And with China putting a tighter monetary policy into place while the Federal Reserve has been more lenient, the dollar has been decimated even more.

Strengthening the renminbi would help pacify the relationship between China and the United States, but it is still unclear whether Xi Jinping will play nicely.

Joe Biden’s pick for head of Treasury Dept. is Janet Yellen, and she will soon work hard to promote a stronger dollar.

“It will take a lot more than currency appreciation to get the China-US relationship back on an even keel, although this certainly removes one of the potential flashpoints,” Eswar Prasad, a former head of the International Monetary Fund’s China division said.

The pandemic and the outgoing president have both recently affected the position of the dollar in the world’s economy. And currently the game belongs to China with their stellar response to the pandemic and their strong interplay with the yuan. The world recognizes this and investing in their equities and bonds. But with the Biden administration just rolling up their sleeves, there is really no telling if the yuan will become the king of the hill soon or not.