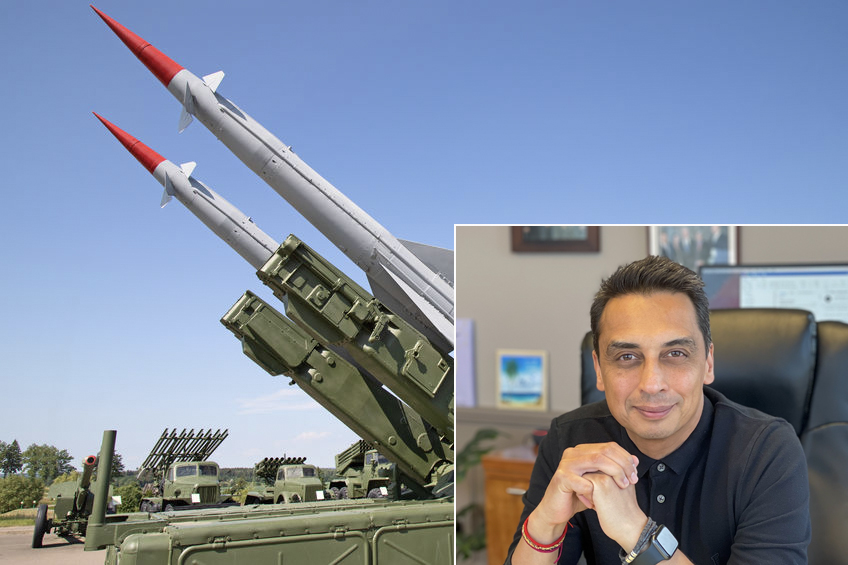 China is one of just eight nations in the world to possess over 100 nuclear warheads in its military arsenal. Along with the other seven – India, Israel, Pakistan, France, UK, Russia, and the US – that means that at any time, if it was so inclined, it could destroy the world by launching them all.

China also holds a different type of nuclear option that doesn’t need rockets to launch to make it happen. It is the holder of more than $1 trillion of US Treasury bonds – signifying America’s substantial foreign debt.  Only Japan ($1.27 trillion) owns more of the US debt than China’s  $1.08 trillion.

China Under Pressure for COVID-19 Lack of Info

In recent weeks, whispers have steadily grown louder that China is considering using the latter nuclear option to destabilize the American dollar in retaliation for the ever-escalating trade battle going on between the two countries that has been further exacerbated by the US-led seeking to get the truth out of China about the origins of the COVID-19 pandemic which originated in Wuhan Province and has spread to every corner of the globe since, with a reported death tool in excess of more than 440,000.

Would China flood the market with US Treasury bonds to weaken the dollar and make it virtually impossible for the US to continue borrowing money at a low interest rate? Experts say no, because like most nuclear options – the spread of the blowback would impact the rest of the world significantly, including China itself.

This isn’t the first time such whispers have grown loud enough to elicit fears of an economic doomsday in the United States. When the housing bubble burst and the US government was forced to bail out several major banks at the start of the Global Financial Recession in 2008, China was believed to have considered the same strategy, calling in its debts to send the US lurching into an economic hole that would have been difficult to escape.

China sold $8 billion of treasury bonds in March 2020. It was just a blip on the radar, however, as part of a global move that saw overseas investors and several central banks sell $300 billion in treasury notes.

In late May, analysts from Germany’s Deutsche Bank analyzed the Chinese sell-off and saw nothing nefarious about it this time: “We interpret the bilateral US/China rhetoric as just that, motivated more by domestic political considerations than a rational attempt to re-engineer global capital flows,” their statement read. “While Treasury holdings have declined from their peak, this is not the result of structural disinvestment, in our view.”

At least part of the reason for China’s sell-off could be its own struggle to get back to full operating capacity following the COVID-19 outbreak. The world’s most-populated country reported a meager 4,634 deaths as of June 17, but multiple news sources have reported that the country has hidden “tens of thousands” of deaths from the coronavirus. Getting its massive country back on its feet again could be a great reason to liquidate US debt.

The rest looks like saber-rattling between the two superpowers that have been escalating for more nearly two years now. In July 2018, US President Donald Trump imposed tariffs on China for its alleged unfair trade practices. Through May 2020, the US has put tariffs worth $550 billion on Chinese products, and China has done the same for $185 billion of US goods.

The precedent for this slugfest came long ago when Trump, while campaigning for the Republican Party’s nomination in 2016, said “We can’t continue to allow China to rape our country and that’s what they are doing. It’s the greatest theft in the history of the world.”

A truce in December 2018 led to multiple rounds of trade talks in both Washington and Beijing. That lasted about six months until May 2019, when the US raised its tariffs on Chinese goods from 10% to 25%.. China retaliated three days later, and the rest of the year was a series of one-upping each other. The two countries had positive signs of brokering a deal in the early months of 2020, but as it became more and more clear in the early months of the COVID-19 outbreak that China had done far less than what most leaders would consider its due diligence to warn the rest of the world about the danger of COVID-19, the US has exerted economic and military pressure on its top economic rival again.

Ultimately, China’s whispers of calling in its claims to the US debt is nothing more than saber-rattling. The blowback on its own economy and its already tenuous position with the rest of the world as things slowly open back up post COVID-19 would be the equivalent of committing diplomatic and economic suicide.